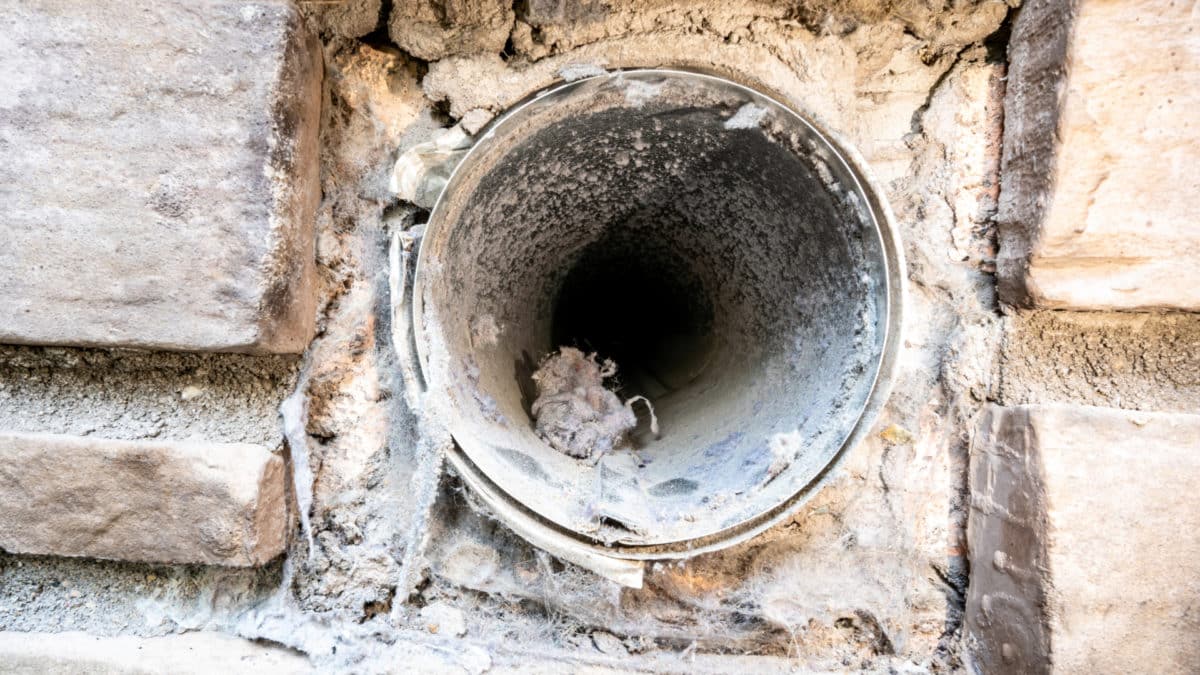 Like any appliances, clothes dryers need to be cleaned for optimum performance.  If you take care of your dryer, there will be no sudden and costly trips to the laundromat.

Maintaining cleanliness of two components of the clothes dryer, the lint trap and the dryer vent and duct will help for all kinds of reasons.

According to Home Depot,

“Dirty or clogged dryer vents and ductwork don’t just reduce your dryer’s performance. The combination of heat and accumulated dryer lint and dust can lead to a fire hazard.”

Other reasons include improving indoor air quality, lowering electricity bills, and decreasing the drying time of the clothes which will extend the life of the dryer and your clothes.

According to Consumer Reports Magazine,

“Every year, firefighters across the country respond to around 13,820 home fires caused by clothes dryers, according to the National Fire Protection Association, and about 27 percent of these fires are caused by an accumulation of lint.  Dryer fires are responsible for seven deaths, 344 civilian injuries, and $233 million in property damage annually.”

This mostly has to do with gas dryers.  If the dryer vent or duct is clogged with lint or other debris, this prevents exhaust fumes from venting out of the house.  This harmful gas, carbon monoxide, can build up in the home creating a possible fatal risk of carbon monoxide poisoning.

If the dryer vent or vent duct is clogged, the indoor air quality of your house is polluted with dust mites and chemicals, possibly creating allergens.

One of the symptoms of a blocked dryer vent, vent duct, or lint trap is that it takes longer to dry the clothes.  If you have to run the clothes through two, three, or four times to get the clothes completely dry, the electric bill will be that much higher.

How To Clean And How Often?

Consumer Reports Magazine, when testing the appliances, says that some dryers have dryer vent block sensors but sometimes alerts can be sporadic.

Some Maytag and Whirlpool dryers also have a “Check Lint” or Check Lint Trap” indicator on the control panels to remind you to clean the lint trap.

Relying on sensors to let you know that the dryer vent or lint trap needs to be cleaned is probably not a good idea.  Incorporate a routine, depending on how often the dryer is used, for cleaning the dryer vent duct and lint trap.